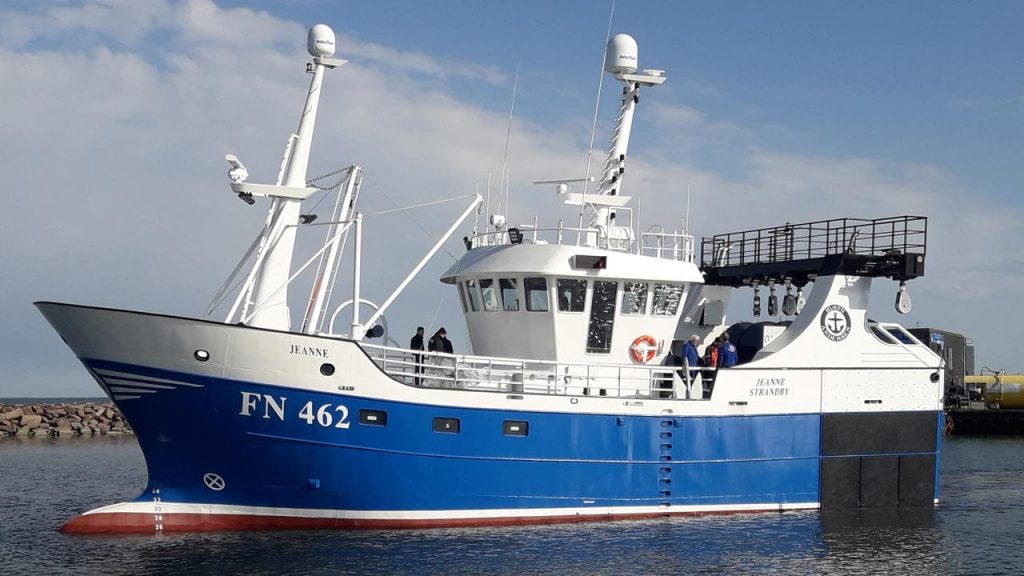 FN 462 Jeanne, which was christened in Strandby just over a week ago and completed at JOBI Værft A/S, is Danish fishing’s last brand new and most modern vessel; ready for lobster and consumer fishing in the North Sea, Skagerrak and Kattegat.

There is no such thing as tasty and well-prepared food ‘everything is good from the ocean’. With well-spiced virgin lobster and pan-turned fish fridges, steaming hot lobster soup can make the looming heavy rain clouds smell like dew from the sun and lighten things up. Even a baptism in the pouring rain becomes a truly unique and unforgettable experience.

That was precisely what happened when the lobster trawler FN 462 Jeanne was christened at the shipyard in Strandby, with speeches and a myriad of words as well as delicious food and drink that JOBI Shipyard supplied.

It was the Danish Fisheries Association Producer Organization’s Chairman of the Board, fisherman and shipowner Svend-Erik Andersen’s daughter Jeanne who handled the christening of the beautiful new fishing vessel and sent it off, blessing the ship and crew for the future.

The vessel is named Jeanne and has the port number FN 462. It is shared with the shipping company Jeanne Strandby Aps between Svend-Erik Andersen and skipper Peter Vadsager Husth.

As the North Jutland skipper explains to FiskerForum.dk, there will primarily be a three-person crew and apprentice on board. The fishing is predominantly for virgin lobster and man-made fish, and it is envisaged that Jeanne should be at sea for approximately 340 days of the year, changing between two crews every seven days.

When asked by FiskerForum.dk whether there is anything special about the newbuild that the skipper particularly wants to highlight, the answer was prompt from Peter Husth: “the whole thing”, followed by a big laugh. Still, he would like to emphasize that one of the considerable differences and innovations from the old ship to the new one is the semi-automatic lobster system onboard handling. “It will be a significant improvement over the old one,” Peter continues. Ergonomically designed workplaces protect the crew from inappropriate and heavy lifting as well as up-to-date handling of the fish.

Everything is at the stage where the working environment has improved, and the skipper points to the quality. The capacity has been considerably increased, and the lobsters will be handled carefully and efficiently in the plant, which should also determine the financial side, with the results being higher than before.

The North Jutland skipper also mentions that the capacity under the deck is increased based on the new lobster plant so that there is now room for 750 boxes and 550 for freezing in the cold room. An increase in capacity that is almost twice that of the former, which also gives the necessary freedom at sea, to make better use of time, emphasizes Peter Husth.

With their two previous ships and now the new build, all of them have a robust main engine from Caterpillar installed, as well as the ship’s new generator and lighting system, also supplied by Caterpillar. The main engine has just got a turn upwards with 100hp, so the pile drag has been increased slightly along with the changes around the Ø diameter of the propeller, which is now 2.5 meters, with a practical gearing and nozzle, which in future gives a stable performance, less fuel consumption and low emissions.

The collaboration between the shipping company, the consulting ship engineering company ShipCon as well as JOBI Værft A/S has, according to Peter Husth, been fantastic and very pleasing. From original concept to the design of the trawler, to the subsequent equipment – with JOBI Shipyard’s experience and professional competency has resulted in a beautiful and state-of-the-art trawler.

Peter and Svend-Erik bought the Swedish-built vessel in 1988 (shipyard: Southwest Steel Boat Kallhäll in Stockholm) and the current UN 462 Jeanne in 2009 and after several minor rebuilds, the time was ripe to buy a whole new vessel at JOBI Værft A/S in Strandby. The new build UN 462 Jeanne is 23.97 meters with a width of 7.60 meters and a BT of 218 tons. Jeanne continues fishing around North Jutland and will primarily fish 140 tonnes of virgin lobster a year as well as mixed consumer fish in the North Sea, Skagerrak and Kattegat, with room for a crew of 6 people on board when at full capacity.

JOBI Værft A/S who supplied Jeanne is a Nordjyske full-service shipyard in Strandby, which has considerable success in repair and services and now also delivers new builds on the strip. FiskerForum.dk wishes skipper and the crew aboard the Jeanne the best. 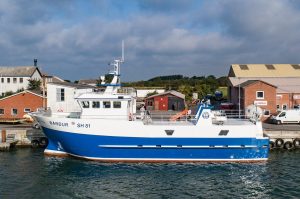 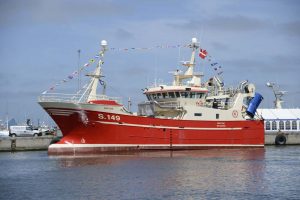 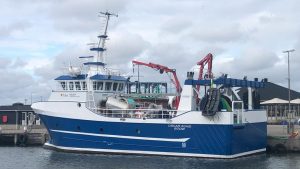 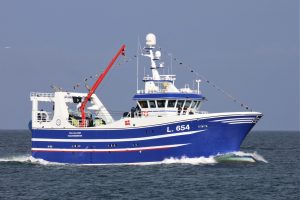 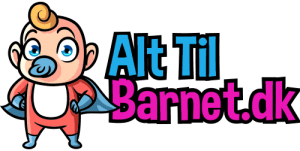